One of the common benefits touted for splitting a singe REST API into many smaller REST APIs or microfrontends is that:

Devs can choose whatever technology they want!

This sounds amazing on the surface to some people. In practice this winds up being overwhelming for developers on the team. Let’s look at some examples.

Let’s say this system is owned by a small team of 5. That team of five must know the following technologies:

A single dev on this team must know 18 technologies in order to support a single web app with 22 pages.

This doesn’t sound like much fun anymore does it?

Technologies aren’t the only thing that drift

There are other things that change over time within a project and when applications are smaller devs will be much more likley to make these types of changes:

Even with 13 microfrontends using Webpack 4 and React 17 you are likely to have microfrotnends with varying code-styles, folder structures and best-practices.

Nick Craver, did an excellent blog post on the architecture of Stack Overflow while he still worked there.

There team has to know a total of 6 technologies to maintain a HUGE number of features and pages.

Stackoverflow is reliably adopting the latest and greatest .NET technology. They are always at the leading edge using early releases of ASP.NET Core. They handle insane amounts of traffic with excellent performance. For the longest time they only had to manage a very simple infrastructure.

Because of the smaller technology stack, the team was able to focus on deepening those technology skillsets and came out with things like:

Addendum - Questions/objections from the Internet

Just because you can choose whatever frontend you like with a REST API doesn’t mean you have to choose a different frontend for every project. This benefit is a benefit because it allows people who have nothing to do with each other to use whatever technology they’re comfortable with.

Very true. I’d also add, “Just because you can… doesn’t mean you should in most cases”. The blog post is about constraints being beneficial. If your architecture doesn’t impose those constraints for you, you should artificially impose some constraints through something like maybe a team policy to prevent the same dev, within the same team, from making one page in React, one in Angular, and one on Vue because he likes trying new things out.

Listing multiple versions of the same framework or technology as different technologies is stupid. If I know node 14 I won’t have to spend months learning node 16.

Also very true, but it does add overhead that isn’t completely insignificant and can become overwhelming very quickly. My team has been using micro-frontends for 2 years now, just doing React and React MUI. The drift between our 15 microfrontends is significant to manage. What would have been a single project with a single tech stack to manage is now 15 projects with 15 remarkably similar but subtly different tech stacks.

Not all companies have one or just a few projects. Keeping all projects up to date requires a lot of time and effort, time and effort that you could spend on new projects for new clients that pay you new money. If you have to touch an old project again, you can upgrade the project at that point, or not. Until then, why bother upgrading old projects?

Very true. Taking a micro-approach to any of it is a multiplier on the number of projects they would have had, though. The company I’m working with would have had three projects split across three teams if they had chosen a typical architecture, but instead, we are working with pretty close to 100 projects now split across those same three teams. With no constraints (architectural or artificially imposed through team process/documentation), we can have 100 subtly different tech stacks instead of just the three.

Linters allow you to keep the same code style across multiple projects.

An excellent example of an artificially imposed constraint. This is the generic point I was trying to convey in the article: “Sometimes, constraints can be helpful.”

If you adopt a new best practice, that means you learned of a better way of doing things and want to move forward with that approach in the future. Keeping the old methods of doing things in such a situation just because “that’s how we have always done it” is stupid.

I think I may not have expanded on that detail enough. There’s a certain cost involved with upgrading old code to meet new standards and best practices. There’s also overhead for a team of developers to learn team best practices and how to implement them properly. In an ideal scenario, whenever you touched old code, you’d update it to the latest and greatest best practices, in reality, you often don’t have that luxury. If you start each page in your web application as a brand new application with no constraints, you might find fairly quickly that each page has a different ‘best practice’ Perhaps it’s not a best practice, and it’s just what worked for the developer who put it together. The main point is that it’s another avenue where code can drift significantly enough to add cognitive load to developers’ lives. 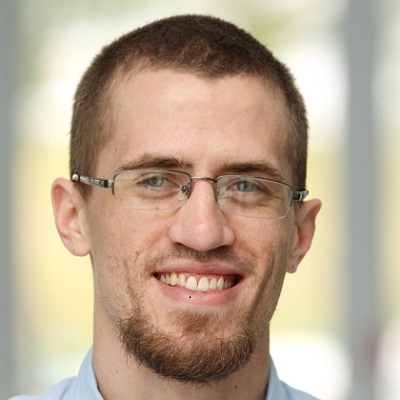 On the current trend away from Microservices...

Microservices vs. Monolith... and other industry trends. Should you follow the trend? Continue reading

How I Study For Microsoft Certifications